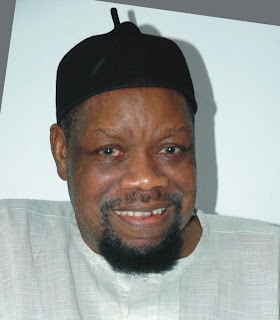 In January 1967, the Nigerian military leadership went to Aburi, Ghana for a peace conference hosted by General Joseph Ankrah. The implementation of the agreements reached at Aburi fell apart upon the leaderships return to Nigeria and on 30 May 1967,as a result of this, Colonel Odumegwu-Ojukwu declared Eastern Nigeria a sovereign state to be known as BIAFRA:


"Having mandated me to proclaim on your behalf, and in your name, that Eastern Nigeria be a sovereign independent Republic, now, therefore I, Lieutenant Colonel Chukwuemeka Odumegwu-Ojukwu, Military Governor of Eastern Nigeria, by virtue of the authority, and pursuant to the principles recited above, do hereby solemnly proclaim that the territory and region known as and called Eastern Nigeria together with her continental shelf and territorial waters, shall, henceforth, be an independent sovereign state of the name and title of The Republic of Biafra."

(No Place To Hide -- Crises And Conflicts Inside Biafra, Benard Odogwu, 1985, Pp. 3 & 4).
On 6 July 1967, Gowon declared war and attacked Biafra. For 30 months, the war raged on. Now General Odumegwu-Ojukwu knew that the odds against the new republic were overwhelming. Most European states recognised the illegitimacy of the Nigerian military rule and banned all future supplies of arms, but the UK government substantially increased its supplies, even sending British Army and Royal Air Force advisors.
During the war in addition to the Aburi (Ghana) Accord that tried to avoid the war, there was also the Niamey (Niger Republic) Peace Conference under President Hamani Diori (1968) and the OAU sponsored Addis Ababa (Ethiopia) Conference (1968) under the Chairmanship of Emperor Haile Selassie. This was the final effort by General Ojukwu and General Gowon to settle the conflict at the Conference Table. The rest is history and even though General Gowon, a good man, promised "No Victor, No Vanquished," the Igbos were not only defeated but felt vanquished.
After three years of non-stop fighting and starvation, a hole did appear in the Biafran front lines and this was exploited by the Nigerian military. As it became obvious that all was lost, Ojukwu was convinced to leave the country to avoid his certain assassination. On 9 January 1970, General Odumegwu-Ojukwu handed over power to his second in command, Chief of General Staff Major-General Philip Effiong, and left for Côte d'Ivoire, where President Felix Houphöet-Biogny — who had recognized Biafra on 14 May 1968 — granted him political asylum.
There was one controversial issue during the Biafra war, the killing of some members of the July 1966 coup plot and Major Victor Banjo. They were executed for treason, that could not be without the approval of the Biafra Supreme commander. Major Ifejuna was one of those executed. More or so, there was a mystery on how Nzeogwu died in Biafra enclaved while doing a raid against Nigeria army on behalf of Biafra.

Blockaded by air, land and sea, Ojukwu and Biafra refined enough fuel stored under the canopies of jungle trees in the town of Obohia in Mbaise, Imo State Nigeria. These were the products of make-shift Refineries that moved from place to place as the enclave receded. Facing deadly air raids from Russian MIG jets piloted by Algerian and Egyptian mercenaries, Ojukwu's Biafra and University scientists created "Ogbunigwe," what Americans today would call a weapon of mass destruction. As the drums of war were sounding, Ojukwu's Biafra was planning the establishment of the University of Science and Technology in Port-Harcourt.
The young man, General Ojukwu, then thirty three years old, had to rein in Biafran military officers some senior to him, others his juniors. He had to get his father's age mates, or near age mates to work with him and for Biafra. Some of these were larger in size than life itself, some were more intelligent, a few were wiser - Nnamdi Azikiwe, Pius Okigbo, Sir Louis Mbanefo, C. C. Mojekwu, Kenneth Dike, Eyo Ita, Jaja Nwachukwu, Dr. K. O. Mbadiwe, Barrister Raymond Njoku, Chief Dennis Osadebay, Sir Francis Akanu Ibiam, Inspector Boniface Ihekuna, Inspector General Okeke, Colonel Njoku, Colonel Nwawo, Chukwuma Kaduna Nzeogwu, General Madiebo, General Philip Effiong, Dr. A. A. Nwafor Orizu, M.C. K. Ajuluchukwu, Dr. K. O. Mbadiwe, G.C.M Onyiuke, and so many others - diplomats like O. U. Ikpa (Portugal), Godwin Onyegbula (Foreign Ministry), M. T. Mbu (Foreign Affairs), Emeka Anyaoku (Commonwealth Secretary), Ralph Uwechue (Paris), Dr. Sebastian Okechukwu Mezu (Abidjan), Ignatius Kogbara (London), Austin Okwu (Tanzania), Ugwu (Gabon), Dr. Ifegwu Eke (information), Okoko Ndem (Propaganda), Sylvester Ugoh (Bank of Biafra), N. U. Akpan, Dr. Otue (Canada) Aggrey K. Orji and Dr. Lemeh (New York), Dr. Aaron Ogbonna (West Germany), etc. If Chief Chukwuemeka Odumegwu Ojukwu was the head of so many "rebels" (a list that is not exclusive), who then are the patriots?
Posted by Wale Akala at 07:16
Email ThisBlogThis!Share to TwitterShare to FacebookShare to Pinterest