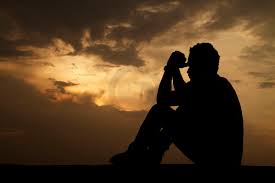 I am still surprised that no media house in the country has reported what I am about to tell you dear blog readers/lovers. It involves the lives of three young men whose names I will not mention, and that of their master, an Alhaji who struggled to be successful as a trader. I happened somewhere around Idumagbo avenue on Lagos Island, Alhaji used to own a stall beside the popular Optimum nite club on the Island, but
has been blessed to own a bigger shop the next street.

Alhaji decided to employ more hands since his business has grown to the extent that he needs more hands to satisfy his customers, so he got his relatives and towns people to give him three young men who who assist him, learn the trade as wrist watch sellers and eventually be settled by him to be their own master later in future. One of the three young men happened to be Alhaji's nephew (his sister's son). The sad incident happened on Sunday morning, when Alhaji instructed the boys to go to the shop and arrange the goods in preparation for Monday's sales, instead of playing football in  the street as usual on Sundays.

The boys obeyed their master, went to the new shop off Idumagbo street on Lagos Island to carry out the instruction by Alhaji not knowing that some of them might not return. According to the reports I have, there was no electricity when they got to the shop and they decided to turn on the generating set, but with a great mistake. They decided to start the generator in the shop and lock themselves up with it so that they would not be disturbed while working.

Somewhere that afternoon, Alhaji decided to check on his boys on the Island because something was telling him to check on his boys at the shop. Getting to the shop, he met the gate closed but noticed that somebody was inside. He decided to raise alarm when he could not open the gate, since the boys locked it from inside. The three boys were found lying unconscious after the gate was forced open by people on Lagos Island. They were immediately rushed to the General Hospital from where they were referred to Ikeja Hospital, one of the boys (Alhaji's nephew) died in the early hours of yesterday, another one has regained consciousness, while the last one is still in coma. I pray that God consoles the family of the dead boy, and bring the others out of the hospital alive and in good health.

I have decided not to mention the names of the victims, out of respect to their families and for the mere fact that Alhaji himself is not finding life easy at this moment, but you can verify this story from anyone around Idumagbo area of Lagos Island, especially those selling wrist watches.
Posted by Wale Akala at 05:31
Email ThisBlogThis!Share to TwitterShare to FacebookShare to Pinterest